The weather cooperated and we got a nice day with non-slippy/soggy footing, so I took advantage!

I pulled Tesla out for a quick workout in the round pen, expecting she would need to "get the bug juice out".

But instead I had lovely soft listening (even with the neighbour kid popping wheelies up and down the street LOL).

So when were finished, she was in such a good headspace, that I threw in some clicker training - she pretty reliably will touch my pointed finger, or things I am pointing at and asking her to touch, so we expanded that to include the end of the whip (and my phone too now, apparently, oops for positive reinforcement!) 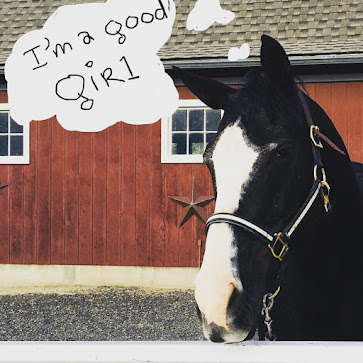 She was doing so well,  I brought out my dog, Backup, and we worked on off-lead heeling on the left (this is something she does very very well) while simultaneously leading Tesla on the right, and on a spur of the moment, cause everyone was on best behaviour and acting LOVELY, I asked Tesla to give Backup a "kiss".

and she DID!! (and Backup tried to lick her right back)... (GAH - for not being able to film and clicker train two animals at the SAME TIME!)

Of course when I tried to get witnesses to come see, they both got shy, but this is definitely a trick I'd like to perfect on command. 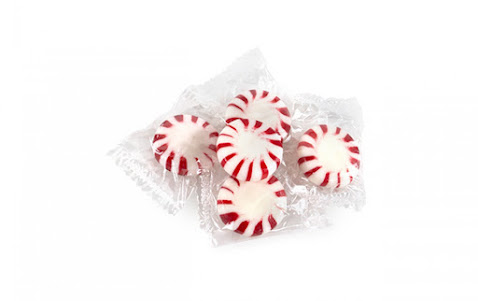 (This training tidbit brought to you by Starlight mints and lots of verbal "Good Girls". Never underestimate the power of a crackling mint wrapper :)