July 10, 2020
Well I called to get more info on the black and white paint mare, she was an hour drive away, so wanted some deets before I went out. She is confirmed in foal to a Friesian.... and I found him online: 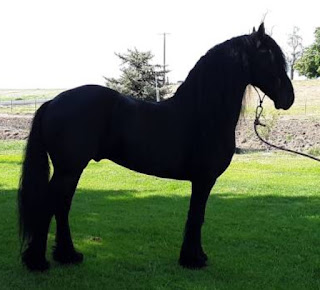 Ummmhhh, that is some serious lordosis going down... and he isn’t even that old...

He’s also standing under himself in front....concerning...and the wired muscling on his hind end

I would only expect a train wreck out of that, honestly.