At work, we had a workshop on Design Thinking that got me thinking :)

The speaker began by relating that most analytical people do not see themselves as creative, and how one famous Psychologist, Albert Bandura, uses a method to help people overcome their fears/phobias/assumptions. He began to describe this method:

For example, if someone had a snake phobia he would tell them there was a snake in the other room and that in 4 hours they were going to touch it. (most people left at this point). Then he went through incremental baby steps to gradually get closer to the goal: looking through a window at the snake, standing in the doorway, standing near the snake, etc. until the person was actually holding the snake with big leather gloves.

This was called "Guided Mastery".

This is exactly what I've been doing with a certain 6yr old: 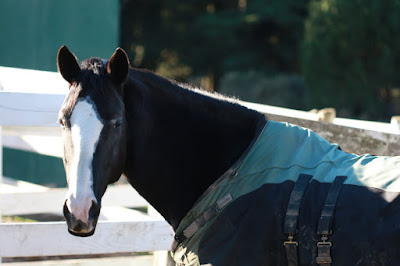