Due to lack of time, a bout with pigeon fever (grossest thing ever!), and a bit of a search in finding the perfect trainer, Tesla got a bit of a late start.

We wanted someone who would be firm with her occasional baby attitude, but fair, as it was clear from the start that Tesla was a sensitive girl, and a little goes a long way with her.

This summer, she had 90 days under saddle with Nicol of Average Joe Horse Training. 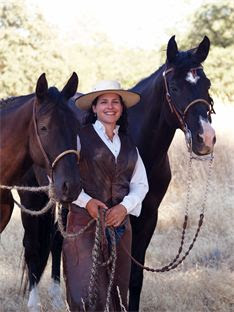 I can't say enough good things about this gal, she gave our Tesla a fantastic start under saddle.
Tesla had some opinions, like always thinking whatever she "guessed" Nicol was asking for was correct, and never wanting to be wrong. Nicole was very patient and deliberate and worked through Tesla's "over-achieving" attitude.  She did body-work to work out any issues, and took her outside the ring on trails, and desensitized her to all sorts of scary things (pool noodles, anyone?) as well as lowering her head in response to pressure at the poll (essential for baby giraffes!) and drinking after rides (a great habit!) 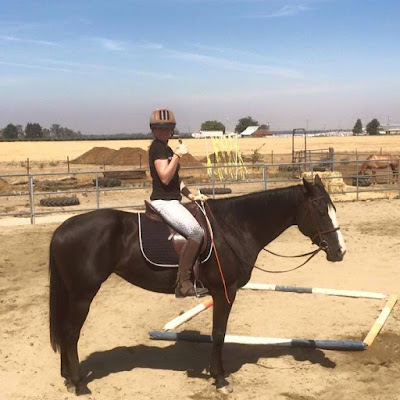 We hauled in a wide-eyed baby, and hauled out a calmer, happier riding partner!